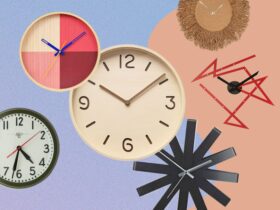 What Can We Learn About the Universe From World’s Most Precise Clock?

NVIDIA has a new powerful graphics card in store for hardcore gamers, and it’s known as the GeForce RTX 4090. The card has insane specs, which likely makes it capable of running any game smoothly at maximum visual settings. NVIDIA also unveiled the GeForce RTX 4080 model along with the RTX 4090.

The new NVIDIA GeForce RTX 4090 is several times faster than the 3090 Ti model, which speaks a lot about what the new card is capable of. RTX 4090 also features 24GB of G6X memory, meaning that it shouldn’t have any problem even with ongoing the most demanding tasks, such as high-end gaming or video editing.

We have less than a month to wait for the new NVIDIA GeForce RTX 4090 to come out. However, it’s not recommended to buy yourself such a graphics card unless you absolutely need one. You can run high-end gaming even on much less capable video cards. RTX 4090 is definitely a monster, and as you’ve expected, it surely costs an arm and a leg. The starting price is $1,599. That’s about as expensive as the latest iPhone 14.

Jensen Huang, the founder, and CEO of NVIDIA, said at the GeForce Beyond: Special Broadcast at GTC:

The age of RTX ray tracing and neural rendering is in full steam, and our new Ada Lovelace architecture takes it to the next level,

Ada provides a quantum leap for gamers and paves the way for creators of fully simulated worlds. With up to 4x the performance of the previous generation, Ada is setting a new standard for the industry.

Again, if you only want the new graphics card from NVIDIA only for gaming, it may not be worth paying so much money for it. But if you can afford to spend so much money and you want to be a show-off to your gamer buddies, sure, go ahead and buy the card! The choice is yours. However, it could be better to view the product as a profitable long-term investment that can generate persistent income if you’re into video editing and vlogging, for instance.