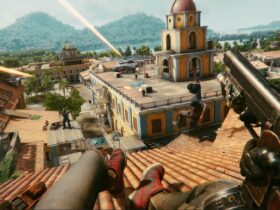 Dragon Ball: The Breakers is the upcoming survival game where the player gets to be in the shoes of a character who has to do his best to run away from the terror spread across the planet by the Raider. Some of the classic Dragon Ball villains will take the role of the Raider, such as Frieza, Cell, and Majin Buu. Those three are also the most powerful villains in Dragon Ball Z.

Publisher Bandai Namco and developer Dimps are working to bring the upcoming Dragon Ball game into the world. The open beta version will be available very soon for those willing to find out more about what the game is all about.

Gamespot.com reveals that according to Bandai Namco, we can expect an open beta version for Dragon Ball: The Breakers this week. Those who prefer their gaming on PC and consoles can benefit from the offer, as it starts tomorrow, September 21, at 6 PM PT / 9 PM ET and ends on September 25 at 1 AM PT / 4 AM ET.

Even the farmer with the shotgun will be playable in the upcoming game. We’re talking about the same character who first confronted Raditz, the evil brother of Goku when the latter first came to Earth in the very first episode of Dragon Ball Z.

Here’s an overview of Dragon Ball: The Breakers from Steam:

DRAGON BALL: THE BREAKERS is a 1-on-7 online asymmetrical action game in which a band of seven everyday humans tries to survive the Raider (a classic DRAGON BALL rival such as Cell, Frieza, and Buu) who will hunt and evolve into an unstoppable force. Escaping won’t be so easy!