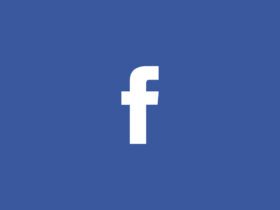 The 5G implementation has provided a massive technological jump, but also a lot of fuss among those who don’t need it. While we also see the implementation of 5G networks as progress, the ultimate question arises: where will the world get 6G?

Nokia CEO Pekka Lundmark tried to answer that question, and we anticipate that his views will generate some controversy. He also said when the world would stop using smartphones, because yes, such a scenario is really achievable, at least in his view!

According to CNBC.com, the Nokia CEO predicted during the World Economic Forum in Davos that 6G will come to the world in 2030. The same source reveals that Lundmark believes the world will get rid of smartphones and replace them with smart glasses and some weird devices that will be worn on the face until 6G comes to the tech scene.

Speaking about what he thinks will happen before the world will start getting connected to 6G, Lundmark said, as Insider quotes:

Right now, we’re all building 5G networks, as we know, but by the time quantum computing is maturing for commercial applications, we’re going to be talking about 6G,

By then, [2030], definitely the smartphone as we know it today will not anymore be the most common interface.

Many of these things will be built directly into our bodies.

While the arrival of 6G seems imminent, it surely seems impossible at this point to imagine a world without smartphones. But let’s not forget that those handy little devices that we all love weren’t always around. Until about 10-15 years ago, they were light-years inferior compared to what are the standards nowadays.

What do you think? Would you ever be willing to get rid of your phone?