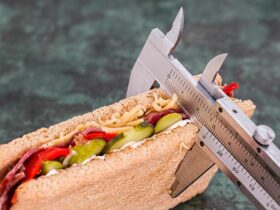 Sceptics regarding COVID vaccinations will always be there, and without being willing to give them full credit, we want to say that it’s good to be sceptical in general. Scepticism is part of our human nature and it’s a clear sign that we prefer to think before taking anything for granted.

According to Breitbart, about a third of Americans believe that health officials aren’t telling the truth when it comes to the safety of COVID vaccines. The staggering conclusion comes after a Rasmussen poll that was recently published.

The poll report says it clear, as cited by Breitbart.com:

Distrust of public health officials is higher among the unvaccinated, particularly those who say they don’t plan to get vaccinated against COVID-19 in the future.

The poll shows that 32 percent of the adults living in the US believe that public health officials are lying about the safety of COVID vaccines. The number even rises to roughly two-thirds in the case of those who aren’t willing to get the coronavirus vaccine. However, 48 percent of Americans think that the health officials are telling the truth, while 20 percent aren’t sure.

Sixty-three percent of those surveyed responded that they had already been vaccinated for COVID, while 32 percent didn’t. More than half of those who weren’t vaccinated aren’t planning of doing so in the future.
Another statement from the report says, as cited by Breitbart.com:

Among those who haven’t gotten a coronavirus vaccination yet, 64 percent of Republicans, 38 percent of Democrats and 53 percent of the unaffiliated don’t plan to get vaccinated in the future.

According to Our World in Data, 3.19 billion vaccine doses for COVID were administered globally so far, while 37.27 million are currently administered every day.