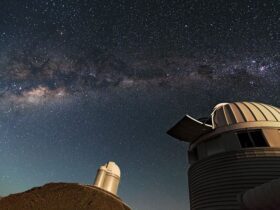 It would seem that the most recent upgrade of Nothing OS 1.5, which is based on Android 13, is being distributed ahead of schedule. Carl Pei, the founder and CEO of Nothing, rushed to Twitter to break the news, four days earlier than it was originally scheduled to be released. Even though there are a lot of improvements included in the update, maybe the most significant one is the fact that for this release, all of the different versions of the foreign firmware have been combined into one. If you are participating in the beta program and are interested in the update, you should start seeing it arrive on your device shortly. The upgrade is just 127 megabytes in size.

We're ahead of schedule and will begin the rollout today instead! https://t.co/AasS8iJjR1

Here are some of the new features:

Even though Nothing has not provided a specific release date for the stable version of Nothing OS 1.5, we should be able to anticipate that it will be available sometime during the first half of 2023 at the very least. This is based on the assumption that the beta versions will continue to progress without any problems. The beta was only just made accessible to people in the United States via the company’s Beta Membership program. This program guarantees access to the beta and sells itself as a package deal with a Nothing Phone 1 for the price of $300.

If you are interested in testing the most recent beta version of Nothing OS, which is based on Android 13, but you do not want to register with the firm, you may do so by going to the update tracker on your Nothing Phone 1.