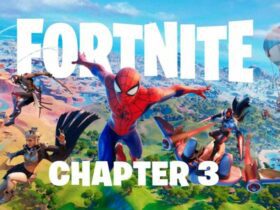 The James Webb Space Telescope (JWST), operated by NASA, is calibrating its powerful instruments to start exploring the galactic depths of the Cosmos. It’s already been about six months since the telescope’s launch, and it has already undergone the first impact that was noticeable.

According to space.com, the impact was only due to a micrometeoroid, meaning a small piece of space debris. However, the best news is that NASA is confident that there aren’t reasons to be too concerned. The space agency made the announcement on its blog, where it also wrote:

Micrometeoroid strikes are an unavoidable aspect of operating any spacecraft, which routinely sustain many impacts over the course of long and productive science missions in space.

This is obvious confirmation that we can still expect that JWST will reveal its first full-color images of the Universe in just a few weeks.

Lee Feinberg, who is the Webb optical telescope element manager at the NASA Goddard Space Flight Center in Maryland, explained as space.com quotes:

With Webb’s mirrors exposed to space, we expected that occasional micrometeoroid impacts would gracefully degrade telescope performance over time,

Since launch, we have had four smaller measurable micrometeoroid strikes that were consistent with expectations, and this one more recently that is larger than our degradation predictions assumed.

July 12, 2022: the day when Webb will reveal its first full-color photos

We have a little more than a month to wait for Webb to reveal the first full-color photos of the Universe. We can expect that photos of stars and galaxies will emerge, as the telescope has the purpose of studying such objects that are located billions of light-years away from Earth.

The James Webb Space Telescope will look so far in space that it will get close to the moment of the Big Bang. The farther away an astronomer looks into space using a telescope, the more he’ll look back in time.