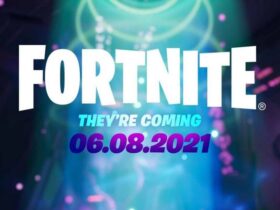 While space agencies still have a lot of trouble figuring out how to send humans to the nearest planet, maybe landing them on an asteroid would be easier. Similar to how Bruce Willis’s character from the sci-fi Armageddon movie landed on an asteroid to blow it up and save the world from utmost extinction, NASA wants to land astronauts on one of the numerous asteroids present in the asteroid belt of our Solar System. However, there’s no word of an explosion as far as we know.

The New York Post reveals NASA’s possible plan. In fact, it’s more like an assumption based on an analysis made by scientists from NASA’s Jet Propulsion Laboratory in Pasadena on the budget the space agency had since 1960. They calculated how likely a mission to an asteroid is, and the conclusion is pretty spectacular. However, there’s no time to open the champagne yet while thinking that astronomers will bring back precious metals from asteroids in the near future.

The researchers’ calculations indicate that NASA might send the first astronauts to an asteroid more than 50 years from now. But if you’re planning to be around at that time, sure, you can go ahead and hop around in excitement!

The researchers also concluded that astronauts could reach Jupiter and Saturn in the future – by the year 2103 on the Solar System’s biggest planet and by 2132 on the other gas giant.

The researchers wrote as the New York Post quotes:

The results thus far suggest the worlds of our solar system, throughout human history merely specs of light in the night sky, will soon be within our grasp.

Our model suggests human landings on worlds beyond the Moon and Mars may well be witnessed by many alive today.

The new research was published on Arxiv.