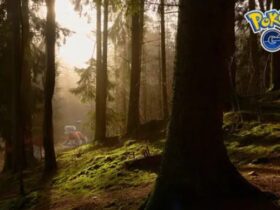 Astronomers believe that there are trillions of galaxies out there in the Universe, which means that we should never be surprised when a new one is discovered. Even so, nature never ceases to amaze us.

According to space.com, the Hubble Space Telescope that’s operated by NASA, and the European Space Agency (ESA) discovered the IC 342 galaxy (aka Caldwell 5) as it was “hiding” behind a lot of material.

Despite its relatively bright 8.4 magnitude, this galaxy doesn’t stand out in the sky. It appears near the equator of the Milky Way’s pearly disk, which is crowded with thick cosmic gas, dark dust, and glowing stars that all obscure our view.

Even so, the newfound galaxy is very far away from us. Unless you discovered the secret to teleportation, you should cancel any trip you might have already made to IC 342 – the galaxy is located 11 million light-years away from Earth.

NASA also explains regarding the photo:

This sparkling, face-on view of the center of the galaxy displays intertwined tendrils of dust in spectacular arms that wrap around a brilliant core of hot gas and stars.

We all have to admit that our Milky Way is pretty huge, meaning that there’s no wonder how it managed to block astronomers’ view of another galaxy. The diameter of our own galaxy is roughly 100,000 light-years across, and astronomers estimate that it has somewhere between 100 billion and 200 billion stars. At the same time, the number of planets in the Milky Way should also be off the charts.

The Hubble telescope has been bringing back data about the Universe since 1990. The telescope was named after the great American astronomer Edwin Hubble, who discovered back in the 1920s that there are many more galaxies out there than the Milky Way and that our Universe is expanding.