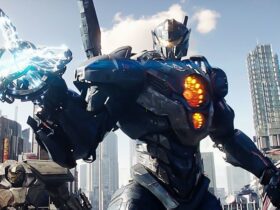 Pacific Rim 3 – Will We Ever Get A Trilogy?

Microsoft is changing the plan by getting on track with other brands. Will the effort be enough? Annually the popularity of phones with sleek foldable screens increased, but Surface Duo devices hardly saw any sales. In light of this, Microsoft is finally geared up to make a change, as per “sources familiar with the company’s plans.”

Discover Microsoft’s latest plans and learn more about the next Surface Duo!

Surface Duo 3 Will Feature a Foldable Screen: Hit or Miss?

The Surface Duo 3 will follow in Vivo X Fold and Honor Magic Vs’ steps and come with a folding inner screen and a flat outside panel. It is also said that the next Surface Duo has undergone “a lengthy year of hardware prototyping and experimentation,” with the design already finalized. So, what to expect next?

The smartphone could also be released under a totally different name, but everything is possible until Microsoft doesn’t come up with a few details.

The same sources who made all of this information public also claim that Microsoft is working to deliver “an ecosystem experience” between its Android devices and Windows PCs, much like it does on the Apple side with iPhones and Macs, in order to further distinguish its future Android offerings from those of its rivals.

Additionally, the business has been investigating other form factors to potentially ship in the future, which is really clever, in order to expand its line of Android smartphones beyond the Surface Duo. So we might get to see more gadgets in the future.

As a matter of fact, Microsoft had intended for the next Surface Duo to maintain the dual-screen layout of its predecessors while adding edge-to-edge screens that are smaller and taller, wireless charging, and other as-yet-unnamed upgrades. But obviously, that’s not going to happen (especially in that order!).