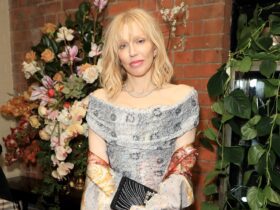 Courtney Love Is on Britney’s Side: Her Cover of ‘Lucky’ Says It All

Even though astronomers are taking more and more seriously the idea to move to Mars in the next decades, humanity still has a lot more to learn about our neighbouring planet.

Back in 2018, scientists discovered another incredible thing about Mars. They found an underground amount of liquid water under the surface of the planet, and it seems like there’s an entire network of lakes beneath the reddish surface of Mars. But as it usually happens, a conundrum exists.

ScienceAlert.com writes about a new study upon the patches of water beneath Mars’ surface. Besides finding dozens more of them, a few of the patches are located in places where it’s too cold for liquid water to exist.

Jeffrey Plaut, a planetary scientist of the Jet Propulsion Laboratory of NASA, declared as cited by ScienceAlert.com:

We’re not certain whether these signals are liquid water or not, but they appear to be much more widespread than what the original paper found,

Either liquid water is common beneath Mars’ south pole, or these signals are indicative of something else.

Another conclusion of the scientists is that it should be some type of basal heating on Mars, like volcanism. Plaut and planetary scientist Aditya Khuller from the Arizona State University declared, as also cited by ScienceAlert.com:

They found that it would take double the estimated Martian geothermal heat flow to keep this water liquid,

One possible way to get this amount of heat is through volcanism. However, we haven’t really seen any strong evidence for recent volcanism at the south pole, so it seems unlikely that volcanic activity would allow subsurface liquid water to be present throughout this region.

Could life exist under the surface of Mars? We’ll probably find out one day, but a trip to the Red Planet would cost humanity a fortune.

The new research was published in Geophysical Research Letters.