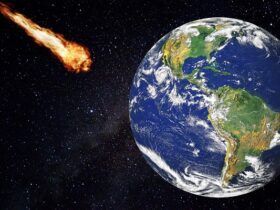 An Asteroid Struck Our Planet North Of Iceland

Thinking of life on Mars might be quite the challenge. And not only for us but for scientists, too.Â

New data, however, show parts of Mars that have been habitable for thousands or even a million years. How is this possible?

Signs of Life on Mars

Back in 2016, NASA’s Curiosity rover succeeding in sampling the Martian surface inside the Gale Crater. The findings are genuinely intriguing yet shocking.

Examining the sample with X-rays via Curiosity’s onboard tools, scientists discovered something worth investigating.

They found a particular clay mineral related to a so-called glauconitic clay. That indicates a particular point of habitability in the crater’s history.Â

“The conditions under which these minerals form are friendly for the presence of life,” explained Elisabeth Losa-Adams, the research’s lead author.

What’s more intriguing is that the site was already believed to have contained an ancient lake for around 10 million years, some 3.5 billion years ago. That’s when Mars’s atmosphere was thicker and apparently had liquid water on its surface. So, the discovery comes both as a surprise and an expected thing.

They didn’t know if that lake had suitable conditions for life, like neutral acidity and medium temperatures.

“Glauconitic clays can be used as a “proxy” for stable conditions.”

Life as we know it on Mars

The presence of the clays is a promising sign. It indicates that steady conditions, most likely with temperatures of about -3 to 15C and water with a neutral pH, might have really existed on our planetary neighbor for up to a million years.

Could we hope for life on Mars?

According to NASA, those glauconitic clays are a clear sign of habitability. But, they aren’t proof of life itself.

Discovering such a thing is actually what NASA’s Perseverance aims to do now while exploring the Jezero Crater.Â

What the Curiosity rover found in the Gale Crater is a promising sign that Perseverance could do better and discover more.