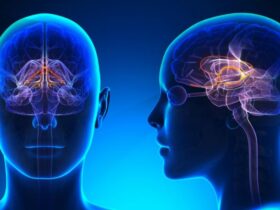 How Memories Are Saved in Our Sleep – New Study Explains

Chinese scientists recently reported in the journal Joule that the lunar soil possesses active molecules capable of converting carbon dioxide into oxygen and energy. To help with human explorations of the moon and beyond, they’re now looking into lunar assets.

The moon’s soil and solar radiation, two of the moon’s most plentiful resources, are the focus of a new system being developed by material scientists at Nanjing University. Using the lunar soil returned back by China’s Chang’e 5 spacecraft, a team of researchers discovered that iron-rich and titanium-rich elements might be used as catalysts to produce desired outcomes such as oxygen from sunlight and carbon dioxide.

How would this work?

An “extraterrestrial photosynthesis” approach was suggested as a result of the discovery. Astronauts’ breathing exhaust and water from the moon are electrolyzed by sunlight to produce oxygen and hydrogen in the system. Lunar soil acts as a catalyst for a hydrogenation process in which carbon dioxide exhaled by moon residents is mixed with hydrogen from water electrolysis.

In the near future, we will see the crewed spaceflight industry developing rapidly. Just like the ‘Age of Sail’ in the 1600s when hundreds of ships head to the sea, we will enter an ‘Age of Space.’ But if we want to carry out large-scale exploration of the extraterrestrial world, we will need to think of ways to reduce payload, meaning relying on as little supplies from Earth as possible and using extraterrestrial resources instead, explains Yingfang Yao, one of the researchers.

Hydrocarbons such as methane may be produced as a result of the process. The researchers claim that their method, which relies only on solar energy to generate water, oxygen, and fuel, could maintain life on a lunar outpost. China’s future crewed lunar missions are plausible candidates for a test of the technology in space.
Many theories on how to survive outside of Earth’s atmosphere have been floated by researchers in the past. Most designs, on the other hand, need the use of energy from the Earth. Perseverance Mars rover delivered equipment that can exploit carbon dioxide in the planet’s atmosphere to produce oxygen, but it is fueled by a nuclear battery aboard.