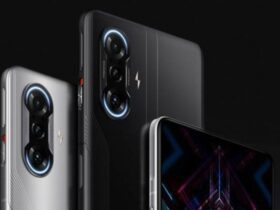 Lost Ark is one of the most highly anticipated MMOARPG for both European and North American gamers.

The game rapidly gained popularity when it was announced that it would be a free-to-play title.

It was initially released on Korean servers in 2018, so we can’t wait to get our hands on it in the EU and NA.

Thankfully, big news about the title’s release is here!

Thank you Heroes of Arkesia for participating in the Closed Technical Alpha!

ðŸ¤— Although our time together was short we hope that you made new friends and enjoyed the gameplay.

For the latest on #LostArk please keep checking social and the website!

The game will be released in the two previously mentioned areas in Fall 2021. At the moment, it’s listed on Steam with a launch date of Dec. 31, but the developer’s official FAQ page states that it will be introduced in Fall 2021.

The game is often praised for its advanced and plentiful content.

From the start, gamers have to pick a hero out of more than a dozen classes according to their liking. Each hero has its own set of abilities, weapons, and perks.

The game will be free to play, but, at the moment, it is listed in the following versions on Steam:

The game has a beta version coming up soon.

The hype is intense with this title, and we are keeping our fingers closed that it won’t turn into a pay-to-win experience.