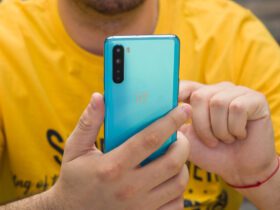 In recent images taken by the James Webb Space Telescope, astronomers discovered an unusual occurrence taking place in a far-off galaxy. This event was not present in the same galaxy when the Hubble Space Telescope was previously used to observe it.

In spite of the fact that discovering transient cosmic phenomena like supernovae is not what the Webb satellite telescope was intended to perform, the recently activated observatory continues to uncover unexpected findings. And this one may be the key to finding the dying days of the universe’s initial generations of huge stars, which would be a significant discovery.

Astronomer Mike Engesser and his colleagues believe that the brilliant object may be the first supernova that the Webb Telescope has detected. One thing that stands out about it is how incredibly brilliant it is in comparison to the rest of the galaxy. And Webb spotted the galaxy again, five days apart; the object diminished, just slightly, during the course of those five days; this is the traditional behavior of a supernova. The galaxy is designated SDSS.J141930.11+5251593.

The galaxy, whose cumbersome astronomical name we won’t repeat here, is between 3 and 4 billion light-years distant, which means that scientists are witnessing the light of an explosion that occurred between 3 and 4 billion years ago. This light is progressively going away. It just takes a fraction of a second for a star to actually expire, but the accompanying fireball may expand and become brighter over the course of many days, and it will continue to dim over the course of the next several months. In astronomical terms, it is the equivalent of the blink of an eye, thus it was complete and utter good fortune that Webb occurred to discover this supernova immediately after its brilliance peaked.

Even with all of its capabilities, the Webb telescope is not the type of instrument that astronomers generally use when searching for transient events such as supernovae. The vast majority of the time, this task is carried out by ground-based telescopes on our planet, which picture broad regions of the sky every night. However, Webb is capable of seeing extraordinarily far into more localized regions of the sky. The first deep-field picture taken by the telescope was published on July 12.