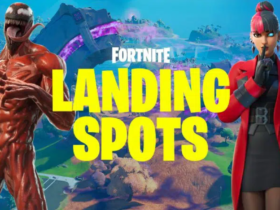 There’s growing evidence that Rockstar Games finally wants to focus all of its energy on the development of GTA 6. We shared the news yesterday about the company suggesting that it’s finally the end of the road for GTA 5 and GTA Online.

It seems that Rockstar is now following suit when it comes to Red Dead Redemption 2, another highly-popular game created by the company. The new Red Dead Online update suggests that Rockstar is saying goodbye to the open-world western survival game.

A link to the credits has been added to the pause menu,

Our heartfelt thanks to everyone who has helped create Red Dead Redemption 2 and Red Dead Online.

It would be too big of a coincidence for Rockstar not to shift its focus to GTA 6 after such statements. GTA 5 players saw the following message days ago:

Grand Theft Auto V and Grand Theft Auto Online represent the combined efforts of our global team over many years. We want to acknowledge and thank everyone who has contributed to these games, from their original launch in 2013 all the way through to present day.

We know for sure that a new Grand Theft Auto game is in the works by Rockstar, as the company itself made the announcement a while ago. However, skeptics can still speculate that it might be another GTA game other than GTA 6. The reason is that Rockstar didn’t specifically say “GTA 6.”

It’s been almost a decade since GTA 5 was released, and the fans are desperate for a sequel. The pressure is huge on Rockstar, as GTA 5 is in the top 3 best-selling games of all time, and for good reasons. Rockstar needs to bring something better than the previous game, and that’s surely the hardest mission in the history of GTA.