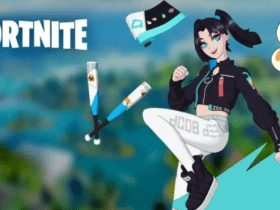 Fortnite Mainframe Break Pack: How to Get All the Cosmetics

It’s only a matter of time until we’ll uncover new information about the next GTA game. We know for sure that it’s in the works, and things are looking as if Rockstar Games is finally starting to focus on the sequel of the insanely popular title GTA 5.

The fifth major iteration of the Grand Theft Auto series has been around for almost a decade. It was first released in 2013, and it’s pretty active even today. The online mode (GTA Online) is constantly getting a lot of attention from gamers.

Is it finally the end of the road for GTA 5?

A statement appearing on Rockstar’s website seems to reveal that the company is finally letting go of the legendary GTA 5:

Grand Theft Auto V and Grand Theft Auto Online represent the combined efforts of our global team over many years. We want to acknowledge and thank everyone who has contributed to these games, from their original launch in 2013 all the way through to present day.

Speaking of how diligent Rockstar has been until now, at least when it comes to GTA Online, we wrote about two weeks ago about the implementation of the Service Carbine (aka M16) weapon in the game via the Criminal Enterprises DLC.

Our guess is that Rockstar is definitely saying goodbye to GTA 5, as it was about time. With no disrespect intended for the fifth major game of the Grand Theft Auto series, but that’s just how it has to be.

Of course, in the end, you are still free to speculate that Rockstar’s statement was made just for the sake of making the fanbase react in all sorts of ways. Many more exciting weapons and vehicles might still be added in GTA 5 in the future.