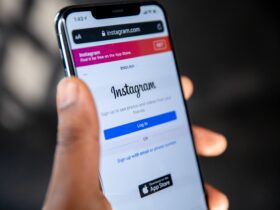 Finally, the wait is over for those who were eagerly waiting to see the new iQOO 11 flagship series launched. The Chinese brand has released both the iQOO 11 and iQOO 11 Pro models, and we can now take a good look together at their amazing specs!

Exactly as a rumor claimed, and as we’ve shared the news in a previous article, the new iQOO 11 series is powered by the next-gen chipset from Qualcomm, the Snapdragon 8 Gen 2. As you might have already guessed, it’s a more powerful chipset than the Snapdragon 8 Gen 1. We can expect to see the new processor up and running on even more smartphones that will come out in the near future.

Thanks to GSMArena, we now have all the details about the launch of the new iQOO 11 and iQOO 11 Pro and what the two phones are capable of. The devices can clearly qualify as flagships.

Both iQOO 11 and 11 Pro are equipped with huge displays that measure 6.78 inches each. Those are surely bigger displays than what usually exists on the market. But since we’re almost in 2023, we can’t possibly complain. The screens are also of the E6 AMOLED type, and they are capable of a maximum refresh rate of 144Hz. That refresh rate is also more impressive than what most flagships already have to offer, so it would be a good idea to set it at 120Hz if you don’t really need 144Hz.

The displays of the iQOO 11 series also offer HDR10+ support and 1 billion colors each. The displays don’t even have that annoying notch for the front camera that many phones have, which is clearly another beneficial aspect if you care too much about the design or if you just want a little more extra space on your screen.

The new Qualcomm Snapdragon 8 Gen 2 will certainly make a good team, along with the amount of RAM that exists on each of the two phones. There are three versions of RAM that both of the new iQOO 11 phones can offer to the world: 8GB, 12GB, or 16GB of RAM.

The Pro version comes in two storage options: 256GB and 512GB. The standard iQOO 11 also has a 128GB variant. Neither of the two phones offers a slot for memory cards, but you probably won’t need one anyway if you buy one of the devices.

As you can expect from any flagship phone, both the iQOO 11 and 11 Pro devices feature powerful cameras. Both setups from the rear are capable of recording videos up to [email protected]

The camera setup of the iQOO 11 Pro is pretty much the same, but the main difference is represented by the ultrawide lens. On the iQOO 11 Pro, the lens in question is capable of a much higher resolution due to its 50MP.

Both phones from the iQOO 11 series come with Android 13 out of the box, and you certainly cannot expect either one of the devices to be cheap. While the standard iQOO 11 has a price that revolves around 520 euros, you’ll have to pay almost 200 euros more if you want to have the Pro version in your pocket.