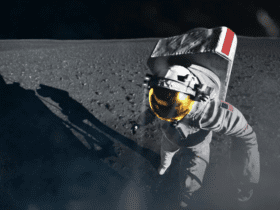 Astronaut Wanted: NASA is Looking For the Next Lunar Landers

Since Apple released the new iPhone 14 lineup back in September, it’s fair to say that the new flagship devices have been selling like hotcakes. One of the new iPhones from Apple’s lineup is the iPhone 14 Plus, and although it hasn’t been getting so much love as the other iPhones of the lineup, it’s still a device that’s worth buying.

Here’s another strong argument why you should consider grabbing the new iPhone 14 Plus: Black Friday deals have made it possible for the device to be purchasable for just $360. It’s indeed a huge discount, considering that the iPhone 14 Plus usually costs $899.

Benefit from the new discount via Verizon!

Verizon is the carrier offering the incredible offer of purchasing the iPhone 14 Plus at the insanely low price. The move wasn’t unexpected, however, considering that a lot of carriers are offering discounts for premium phones at this time of the year.

Once you find the product in question at Verizon, you can see that purchasing it will cost you $10 per month. You have 36 months at your disposal to pay for the iPhone 14 Plus fully. Doing a little math, it means that the new iPhone 14 Plus is available at a total cost of just 360 bucks!

Apple will most probably release another flagship iPhone in 2023, and it’s anybody’s guess at this point what it will be capable of.