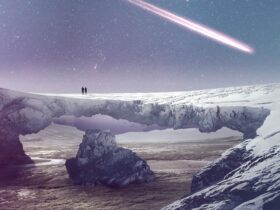 Mars has become the dream destination for many astronomers in recent years. Although humans probably won’t get the chance to move there, at least in the next decades or centuries, sending spacecraft on the Red Planet to gather as much info as possible remains a good idea.

No astronaut has ever been to another planet, not to mention another solar system or galaxy. Therefore, you may never fully know how the human body could react during exposure to a different atmosphere, different gravity, and also other environmental factors.

The Zhurong rover of China has completed the initial program to explore Mars and seek frozen water, according to NBC News. Yes, you’ve guessed it: the rover is also looking for signs of the existence of life in the Martian past.
The National Space Administration of China even revealed that Zhurong completed a 90-day program, and it finished in excellent technical condition as well as being fully charged. Zhurong has often been sending data back to Earth about its space journey.

Mars is smaller than Earth, but it remains by far the only planet from our Solar System besides ours that has the theoretical potential of hosting any life forms.

Only time will tell for sure if humans will become the first “Martians” or not, but what’s for sure is that astronomers are seriously considering the idea.

It’s been about half a century since humanity landed on the Moon in 1972 during one of the famous Apollo missions. Therefore, common sense tells us that going to Mars shouldn’t be so complicated giving the huge progress that technology has been through during so many years.