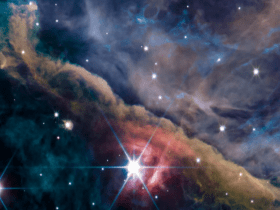 The first teaser for Huawei’s upcoming Watch Buds, a smartwatch that also incorporates a pair of TWS earbuds, has been released by the company. As a sign of respect for the late Jiang Zemin, former General Secretary of the Communist Party of China, Huawei has decided to push back the launch date, which was originally scheduled for December 2.

After over nine months have passed since Huawei initially submitted a trademark application for the Watch Buds in Europe, the company has at long last acknowledged the existence of the wearable device. More recently, images and a video of what appear to be retail units were published online, in which the concealed earbuds of the smartwatch were demonstrated. In spite of the fact that it is currently unknown where the hands-on photographs and video were obtained, Huawei has released a teaser film that verifies their validity.

The Watch Buds combine the functions of a smartwatch with earbuds in a single device, as their name suggests. It would appear that Huawei has taken the design of the Watch GT 3 series and adapted it for use in the Watch Buds, which have a digital crown, a small frame, and a display that is softly curved. Because Huawei has been dropping hints about some kind of innovative software connection between the watch and its earphones, we have a sneaking suspicion that the Watch Buds are also running a modified version of HarmonyOS 3.

Initially, Huawei intended to make the announcement regarding the Watch Buds on December 3, which would have been one day after the Xiaomi Watch S2 was supposed to make its debut. However, due to the recent passing of previous CCP General Secretary Jiang Zemin, all product introductions scheduled to take place in China over the next few days have been postponed or canceled, including those scheduled by Xiaomi. As a direct consequence of this development, Huawei can postpone the launch of the Watch Buds and any other new products until the middle of December.