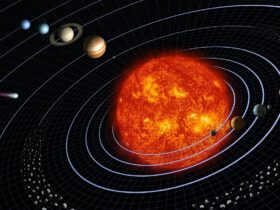 Recent discovery of new strains of bacteria on the ISS has created quite the buzz among scientists. Thanks to this, we might be able one day to grow food in space.

Growing food in space is probably the most challenging mission. The process might depend on some “helpful” bacteria in soil that would exist off our planet. But, then again, we can be sure of this.

However, a new study made quite the discovery, which might shed some light on the space food debate.


A team of researchers from the Univerity of Hyderabad in India, Cornell University, the University of Southern California, and NASA’s JPL joined forces and came up with a great piece of work. 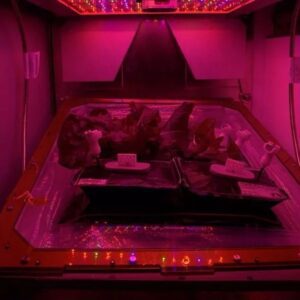 Researchers succeeded in isolating four strains of bacteria aboard the ISS. That could help plants develop in some of the most extreme conditions in space.

The bacteria strains belong to the Methylobacteriaceae family. According to the team, three strains were previously undiscovered.

“[…]to grow plants in extreme places where resources are minimal, isolation of novel microbes that help to promote plant growth under stressful conditions is essential,” explained Kasthuri Benkateswaran, a senior research scientist at JPL.

Methylobacteriaceae species are known for their role in plant processes, such as abiotic stress tolerance, nitrogen fixation, and phosphate solubilization. But that’s not all.

The bacteria have an incredible way of supporting plant development, protecting it against various diseases.Â

So, thanks to that, researchers believe the newly found bacterial strains might offer “biotechnologically useful genetic determinants.” Such a thing could help grow crops on Mars, for instance.

Of course, more tests and experiments are needed to figure more things out and a possible mission. The team is also expected to prove that the bacteria will be effective.