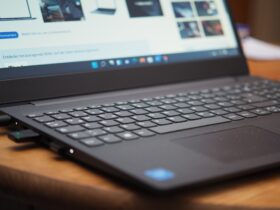 Last Friday, September 2, China used a Long March 4C rocket to lift its Yaogan 33 (02) spy satellite into space. The supposed purpose of the launch has to do with monitoring the land, but there might be another purpose as well, such as military intelligence, as Space.com reveals.

The launch took place from the Jiuquan Satellite Launch Center in the Gobi Desert. The satellite is expected to be used for scientific experiments, crop yield estimation, and more. You can watch the launch in all its glory below:

Here’s what the CGTN tells us about the satellite’s launch:

It will be used for science experiments, census of national land resources, crop yield estimation and disaster prevention.

The launch marked the 435th flight for the Long March series carrier rocket.

NASA Spaceflight informs us about the previous Yaogan 33 (01) satellite that was launched in 2020, which is probably a space-based synthetic aperture radar (SAR) system.

We would sure like to learn a lot more about China’s Yaogan 33 satellite. However, you should definitely stay tuned for more news!