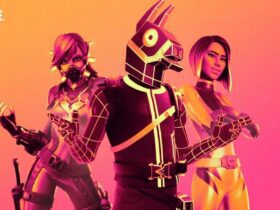 The Elder Scrolls 6 release date may be even farther away than we estimated. We already knew that Bethesda isn’t planning to release the new entry to the Elder Scrolls franchise anytime soon, but the news still comes as a shocker.

Fans are already busy with The Elder Scrolls Online, but Bethesda Game Studios haven’t yet released Starfield, which is supposedly scheduled for release sometime between 2021 and 2022.

However, a new report suggests that those milestones may be inaccurate. If the new report turns out true, it may mean that The Elder Scrolls 6 is farther away than most rumors and leaks predicted.

Twitter leaker Anton Logvinov, popular for being the first to leak that Horizon Zero Dawn would be released for PC, a report many denied at the time said that Starfield isn’t 9-24 months away, but rather three to four years away.

We would normally think that this is a hoax, but given Logvinov’s history with Horizon Zero Dawn, we can’t just overlook that we may be many years away from the next instalment of The Elder Scrolls.

Officially, Bethesda and its PR team stayed quiet on the subject. It is unlikely that the company will break the silence anytime soon, but stay tuned in case that happens, as we will be here to report it!

We can only hope that the studio will make efforts to speed up the game’s release, as it’s been quite a while since they released a game that wasn’t a port of Skyrim.