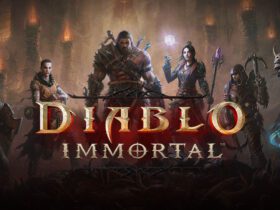 The Release of Diablo Immortal Postponed in China

Dementia is out there lurking in the shadows, and unfortunately, it doesn’t care how wealthy, smart, young, or pretty we are. However, dementia occurs significantly less frequently in people who are aged below their ’60s.

We should be more careful with the changes that appear in our hearing abilities. A few years ago, The Lancet revealed that 8 percent of dementia cases could be attributed to problems with our hearing ability. BestLife now tells us about another study that examined the link between hearing loss and dementia, and the results are far from encouraging.

Hearing loss is associated with an acceleration of dementia development

One fact about dementia is that you can’t wake up the next morning and figure out that you have it. The disease installs progressively, and it starts will mild symptoms that you’ll likely ignore and blame factors such as fatigue, not sleeping well the night before, stress, and so on.

The newer research found out that hearing loss is associated with dementia development, as well as the progress of other mental issues such as cognitive impairment and more. That’s available especially for people aged 45 to 64 years old, and the researchers assessed the data of over 16,000 participants.

The researchers found out that peripheral hearing loss, to be more precise, which is one of the two main types of hearing loss, is what can be a risk factor for dementia. Symptoms of this type of hearing loss are vertigo, pain in one or both ears, a sense of pressure in the ears, and more.

Hearing loss can seriously interfere with your quality of life, leading to feelings of isolation, frustration, embarrassment, higher stress, and anxiety. Therefore, early intervention is critical to be proactive and ensure the best possible outcome.

The new research was published in Neurology.