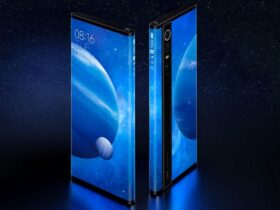 While Haruchi Furudate’s manga series has been over for a while, fans have been keeping the magic alive in all sort of ways.

Of course, the most obvious is the anime adaptation, the latest season having appeared at the end of last year.

But that is not all! There are also some other, more unexpected ways in which fans of Haikyuu continue to honor and enjoy the story.

For instance, August 19, has been dubbed as Haikyuu Day due to the fact that the Japanese title sounds like the numbers “819.”

With that being said, even though the series came to an end last summer, its legacy continues and this year, even the creator joined the celebration on the special day by releasing a hilarious sketch!

More precisely, Furudate took to Twitter to post a drawing that shows the Karasuno team spelling out the initials HQ with their bodies, contorting them in awkward ways to form the letters.

The result looks absolutely hilarious and it was definitely a great present for the fans who continue to love the series so much, proving that it was able to make a great impact on many people.

As mentioned before, season 4 of the anime adaptation titled Haikyuu!! To The Top, ended late last year.

The finale teased that Karasuno High School was going to face their most difficult challenge yet by playing in the Spring Nationals Tournament – a rematch against Nekoma.

This caused a lot of anticipation for a fifth season but whether or not that is in the works at any point, it is yet to be confirmed.

Given how much attention the beloved storyline and characters still get, remaining one of the most popular mangas and anime series out there, many believe it’s just a matter of time before the anime comes back on our screens!