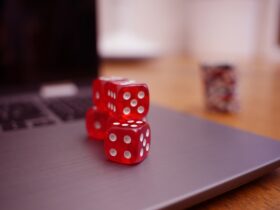 GTA 5 still is a major blockbuster when it comes to gaming, even at almost eight years since its release. Rockstar has the apparently impossible mission of bringing a game even better than GTA 5 – namely GTA 6, the game that the Grand Theft Auto fans had been waiting for so long.

Rockstar hasn’t said a word yet about GTA 6’s release date, but various sources indicate that the upcoming title is already under development.

Rockstar is looking for a “Cinematic Gameplay Capture Artist”

DualshockersÂ discovered the recent job offer of those from Rockstar, which automatically raises speculation that the game will be announced soon. The renowned company looks for a person passionate about recording footage for trailers.

Unfortunately, there is very little to know about how GTA 6 will be. Most sources point to a return to Vice City, meaning the same setting as the highly-popular game GTA Vice City released in 2002. Hopefully, gamers will get three protagonist characters just like in GTA 5, and there are hints of a possible female character.Â

Rumours and speculations have flooded the internet about when GTA 6 is coming out and what the RPG could bring new. The only fully reliable source remains Rockstar, as Ned Luke said it loud, clear, and aggressively via Instagram:

How do all these people get all this information?,

People, do you not understand? Do not believe anything you see on the Internet from BossManF***TheWorld, or whatever his name is, or any of those guys,

They’re just clickbait. If you hear it from Rockstar, then you know.

Otherwise, GTA 5 remains a highly-playable game, especially for its online mode. GTA Online counts over 130,000 players, and there’s no wonder why. GTA 5 has pretty much anything a gamer could want.