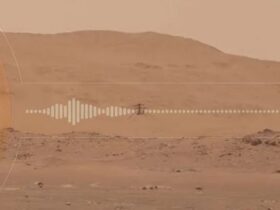 This is How Ingenuity Sounds on Mars – New Footage Details

At Google I/O, the company made an announcement that it intends to add support to its digital wallet application for digital office as well as hotel keys in addition to digital driver’s licenses and automobile keys. It would also come with a “rebranding,” which would not affect the title of the payment platform itself; “Google Pay” would still be available and would be the name of the service. The program used to be known by a different name, but it has now been rebranded as Google Wallet.

When you add your payment cards to Google Wallet, you can tap to pay anywhere Google Pay is accepted. And know your personal payment details are kept safe and secure.

Google Wallet is a digital wallet that allows you to securely store your cards, tickets, passes, keys, and IDs. Note: Not all features are available in every region, but we’re to bring them to you in the coming months.

The new Wallet app will be made available in the majority of countries where Google Pay is already operational as an upgrade to the existing Google Pay app. In the meanwhile, Android users in the United States and Singapore will maintain both the GPay and Wallet applications on their devices. This is due to the fact that the former is used for payments made between individuals, while the latter provides users with tools for managing their finances. Users in India won’t have any other options available to them; the app will continue to be known as Google Pay.