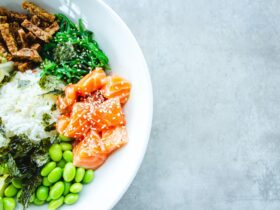 The Brain-Boosting Foods That Will Help You Get The Most From Your Cerebral Cores, According To Harvard Expert

The Pixel 7 and Pixel 6 now have spatial audio, thanks to a recent update.

Since at least September 2022, Google has been striving to make spatial audio available to owners of Pixel phones. The tech giant is now releasing the functionality alongside the other January 2023 security upgrades for its top-tier devices. That includes spatial audio support for all Android 13-powered Pixel 6, Pixel 6 Pro, Pixel 7, and Pixel 7 Pro handsets to the list of improvements included in the package.

For a while, Google has been seeking to make spatial audio available to owners of Pixel phones. Now, all the waiting has come to an end because the tech giant has released the much-awaited feature and other cool stuff.

The company had previously stated that customers might enjoy spatial audio on the “Pixel phone with movies from Netflix, YouTube, Google TV, and HBOMax that feature 5.1 or higher audio tracks,” as reported by 9to5Google. However, to really experience the realistic environment, users “must use headphones or earbuds,” nevertheless. Quite impressive, isn’t it?!

What is spatial audio?

Similar to the surround sound effect in movie theaters, spatial audio replicates an environment that gives listeners the impression that sounds are coming at them from several angles. The thing is that everything started with Apple’s AirPods Pro.

Google is also aiming to add head-tracked spatial audio to its cool Pixel Buds Pro, which will provide customers an additional level of immersion when the earphones are linked to any of the aforementioned Pixel handsets, in addition to turning on the function on Pixel devices.

So, in the upcoming weeks, we’ll be able to experience that sound upgrade when the company delivers a new update for the earphones.