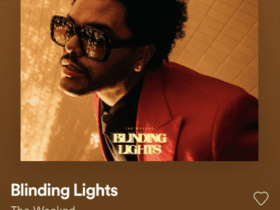 What Is The Most Streamed Song In Spotify History?

If Isaac Clarke, the protagonist of the “Dead Space” series, were to be introduced in Fortnite, he would probably be a bit confused at first. He’s used to fighting off hordes of Necromorphs, not dancing with other players in Tilted Towers. But once he gets the hang of it, he’d be an unstoppable force on the battlefield. He’d be using his trusty plasma cutter to eliminate opponents and using his engineer suit’s kinesis ability to fling vehicles and structures at his enemies.

He would probably be found in the Tilted Tower with a confused look, wondering why he is in a Battle Royale game, but once he figures out how to play, he would be like, “I’m an engineer, I can survive this” and start to build his own fortresses and traps to defend himself.

Whatever the truth is, we’ll soon get rid of all doubts!

Data miner iFireMonkey reveals that Epic Games will drop Isaac Clarke in Fortnite soon enough, although there seems to be no mention of a release date. An entire bundle will be introduced along with the arrival of the character, and real money will be involved.

Strange Transmissions Quest Pack",
Isaac Clarke has landed on the Island with the survival skills needed. Includes 1 Outfit, 2 Back Blings, 1 Pickaxe, 1 Built-In Emote and Quests to earn up to 1,500 V-Bucks. pic.twitter.com/z3NcBlA7Fr

Throughout its history, Fortnite has become famous for its wild collaborations. The battle royale game did the necessary partnerships in order to get characters such as Dragon Ball’s Goku and Vegeta, Deadpool, and others into the battle frenzy.

The island of Fortnite is like a giant melting pot of characters from different universes; you never know who you’re gonna run into next. You could be exploring Tilted Towers and stumble upon a pack of Predators, or you could be looting up at Retail Row and come face to face with Jason Voorhees. It’s like a who’s who of pop culture and it’s always a surprise.