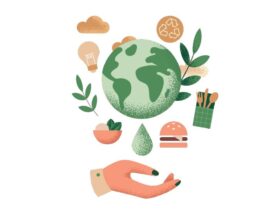 Fortnite Season 5 aired back in December last year and came with many changes to The Island. From Zero Point, new skins, to one of the most unexpected crossovers, Season 5 offered us a great deal of fun. Now is time to say goodbye to all that and welcome a new season.

Fortnite’s upcoming Season 6 has been highly rumoured in the last few weeks. We have leaks, theories, reports, and other sources that claim great content is coming soon to Fortnite. But, when is the next season going to arrive?

Fortnite Season 5 is Finally Coming to an End 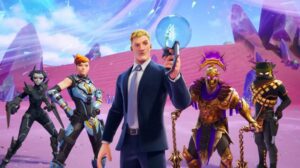 The current season is expected to end next week, on March 15. On the official Fortnite website, we’re advised to finish the latest Battle Pass by that date. Season 5 might also end on that day.

But we can’t know for sure. Epic Games have been extending the previous seasons a lot, past their original end date, so that the devs would have more time to work on the next update.

However, if Epic Games continues doing that, we should expect a huge live event at the end of Season 5.

When Will the Event Take Place?

The last v15.50 patch update aired on March 2. Since then, the Zero Point has been changing, acting rather odd. Players noticed strange pulse effects and sounds that severely cracked the area. The reason?

According to leakers, the Zero point has started to destabilize as Agent Jonessy’s actions brought many hunters from other worlds to The Island.

Such changes might introduce a major live finale event or not.Â 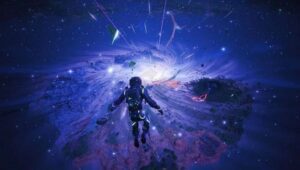 As the current season will come to an end next week on March 15, we should expect Season 6 to kick in on March 16. How can we be sure?

Back when Season 4 ended, for example, the new season aired on the next day. But, there could be some issues, too.

Epic Games confused players a lot when they displayed a Black Hole loading screen at Chapter 1’s finale. It was disappointing, mainly because we had to wait for a few days to play again.

But maybe we’re lucky this time, and such a thing won’t happen again. The next season is much-awaited as the fan community grew better than ever!

New Skins and Weapons: What to Expect 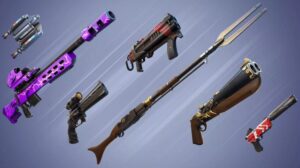 As Season 6 will kick in, we’ll also get to enjoy brand-new skins and weapons!Â

The upcoming Battle Pass will come with plenty of skins, gliders, wraps, and back bling for players. We might see some Exotic-class additions, such as the Shadow Tracker Pistol and The Dub (previously added in Season 5).Â

As for skins, we should keep our fingers crossed for the rumoured Samus Aran to arrive finally in the game.