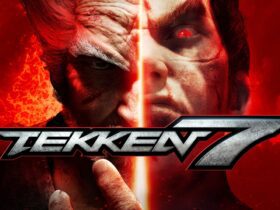 Fortnite challenges us again to enrol in an XP coin quest. The fifth season welcomed week seven recently and added Green, Blue, Purple, and Gold XP Coins to the map.

XP Coins are needed to make some neat progress on the current Battle Pass. So, we have to get them all as fast as we can.

The following guide will help you locate each coin. There’s a total of 10 to collect this week.

Where to Find XP Coins in Fortnite Season 5 Week 7

Here’s a map with all the XP coin locations highlighted: 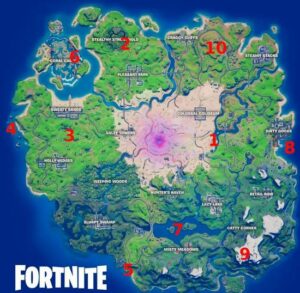 To note, there’s something with the new batch of XP coins. The Blue Coins has been changed, meaning it has a different function compared to the last seasons.

Now, we have to look in various “watery” locations to find the Blue XP Coins. It might not seem like a big change, but we’ll surely get a bit confused.

Aside from that, the new XP Coins will feel very familiar to some fans. The challenge of finding all the Coins is still one of the best things, Fortnite offered us. It’s not an easy task, but it does bring us all the XP that we need.

You can now play Fortnite on PS4, PS5, Switch, Xbox One, Xbox Series X, and PC.