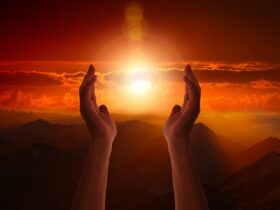 Ah yes, the bubonic plague, one of the most devastating plagues in history! But why let such a horrific event from the past bring you down, when you can use it to spice up your Fortnite game? Introducing the “Plague Doc” skin, the newest addition to the Fortnite wardrobe that’s sure to turn heads and strike fear into the hearts of your enemies. In fact, it’s a skin that has been re-added after a break of three years.

Imagine landing on Tilted Towers, dressed in your shiny new Plague Doc skin, complete with a long black cloak and a beaked mask. Your opponents will be running for the hills before you even have a chance to pull out your pickaxe.

The Grim Medicine cosmetic set is now available again in the store of Fortnite, and it includes the aforementioned skin.

THE GRIM MEDICINE SET IS FINALLY BACK!!! 🔥

Use SAC "Shiina" to support me, thank you!! ❤️ #EpicPartner pic.twitter.com/GHaMpMqybM

Fortnite is known for its large diversity of skins; there are literally hundreds of them. The number of skins in the game is constantly changing as new ones are regularly added through updates, special events, and in-game purchases. Some skins are also no longer available in the game as they were limited-time offers or exclusive to certain events.

The purpose of Fortnite is to be the last player or team standing in a Battle Royale game mode. In this mode, players are dropped onto an island with limited resources and weapons, and must fight against each other to be the last one alive. The playable area of the map gradually shrinks, forcing players to fight and survive. The player or team that manages to outlast all the others is the winner.

Fortnite can be played on several platforms, including PC (Windows and Mac), Xbox Series X/S and Xbox One, PlayStation 5 and PlayStation 4, Nintendo Switch, iOS (iPhone and iPad), and Android. However, it’s worth noting that the game continues to be updated, and new platforms may be added in the future, and the availability of the game on certain platforms may be limited in certain regions.