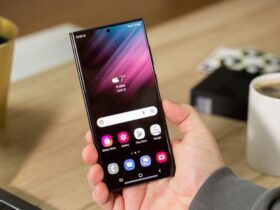 CNET has begun posting totally auto-generated stories without making any kind of formal disclosure about it, which has caused some people to worry about the rise of AI-written content on the internet. It is said that similar articles have been published by the technology website since since November 2022. It is plausible to conclude that the website is using ChatGPT despite the fact that CNET does not specify which AI technology it is utilizing.

Looks like @CNET (DR 92 tech site) just did their coming out about using AI content for SEO articles. pic.twitter.com/CR0IkgUUnq

Many people believed that it was just a matter of time until AI-generated content flooded the Search Engine Result Pages with the debut of OpenAI’s ChatGPT in November 2022. (SERP). The search engine giant Google believes that information created using machine learning techniques should be considered spam and should thus be punished for its presence on the internet. As it turns out, one of the most popular technology media websites in the world, CNET, has begun posting stories created by AI as far back as November 2022.

Since November last year, CNET has reportedly begun publishing stories that were created with the assistance of artificial intelligence, as stated by Gael Breton of Authority Hacker. There are now 72 of these kinds of works on the website. Although CNET discloses beneath each item that the article was created using “automation technology,” it is not immediately evident since the byline just reads “Written by CNET Money.” Despite this disclosure, it is not entirely apparent. You won’t be informed that the material was produced by an AI engine until you click on the byline, at which point you’ll get a disclaimer about it.

According to the findings of Gael Breton’s investigation, the most worrying aspect is the fact that the publications are attracting a significant amount of traffic. In stark contrast to Google’s assertions that it would penalize AI material, there are auto-generated articles that are drawing in visitors.