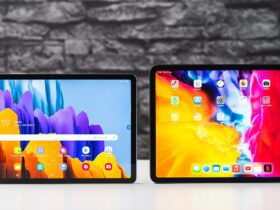 Apple iPad Pro vs. Samsung Galaxy Tab S7 – Which One Can Replace Your Laptop?

Fortnite update 18.40 will soon kick in, and we couldn’t be more excited, mainly because the Naruto rumors will finally be shut down!

So, what’s going to be next?

Epic Games has announced on Twitter that the Fortnite servers are scheduled to go down on November 16 at 9 AM UTC. The downtime should last around 30 minutes. Check out the official announcement:

The v18.40 Update is scheduled for release on November 16. Downtime will begin at 4 AM ET (08:00 UTC), with matchmaking being disabled 30 minutes prior. pic.twitter.com/eGilljYpDr

After several months of rumors and leaks, the Naruto x Fortnite crossover will finally be available!

The crossover will feature a sleek bundle, including skins for other popular characters, like Sakura, Sasuke, and Kakashi. Popular tipster HYPEX shared some essential details on Twitter, as you can see:

If you thought the Naruto news was enough, well, there’s more to discover.

Fresh leaks suggest that Naruto will be available to all players as a boss fight, and once defeated, and we could be rewarded with a new exclusive weapon, dubbed Mythic Kunai.

Update 18.40 will also bring the Proximity Launcher vs. the Flint-Knock Pistol in the upcoming Funding Event. That’s definitely some best news right here!

Notably, the Convergence has been transforming over and over again in the last few updates. Now, it’s in its third stage and should soon reach its fourth and fifth stages in the v18.40 update.

But we don’t know for sure how that’ll influence the island.

The following bug fixes are expected to arrive in update 18.40: