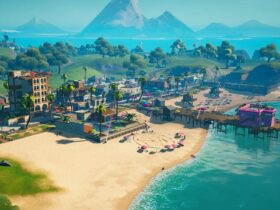 The Covid-19 pandemic has been hard to handle for governments worldwide, and many countries resorted to drastic measures in order to prevent outbreaks. A man in Vietnam was accused of infecting eight people with the new coronavirus, and one of them died from the disease. A court sentenced Le Van Tri to spend five years in jail.

What did Tri do?

According to the media, the man traveled on his motorcycle from the city of Ho Chi Minh to the province of Ca Mau, in the south of Vietnam. During his trip, he lied in the health declaration form and did not isolate upon arrival. Everything happened at the beginning of July when it was mandatory for those who traveled from other places into the province of Ca Mau to isolate for 21 days.

The Vietnamese man tested positive for the virus and infected both family members and workers from a welfare center.Because he did not isolate and infected other people, Tri’s trial only took one day, and a court found him guilty of transmitting a dangerous disease. Besides his jail time, Tri will also have to pay around $868 as a fine for breaking the rules.

Vietnam has taken drastic actions during the pandemic

At the beginning of the pandemic, the Southeast Asian country understood that its medical system would soon become overwhelmed. To prevent extreme situations, Vietnam’s Government took several prevention actions that helped control the pandemic. It also helped that the country dealt with avian influenza and other outbreaks such as measles and dengue. Authorities were quick to act, and recent statistics show that Vietnam, a country with around 96.46 million people, has had around 551 K cases of Covid-19 infections and less than 15,000 deaths.