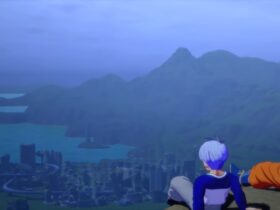 Chances that Fortnite will welcome another fantastic crossover are pretty high, especially after the previous “collection.” Even though the new season has just kicked in, we can already dig in some fresh reports and leaks hinting at a new crossover.

Fortnite Season 6 is Primal-themed, and everything is kind of “wild,” whether it be the tomb raiding Lara Croft or the animal bone-style guns. The Island could feature up next dinosaurs roaming around in a Jurassic World-style, as per new hints. We might get some tameable dinosaurs, as well!

Thanks to dataminer FortTory, who found some strings referencing Raptors, we might be closer to a Jurassic World crossover than ever. 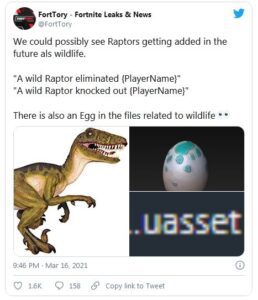 It’s also been shared that the Raptors will spawn in the Forest. They will be hostile (similar to Bears and Wolves) when they see players around, meaning they could be tameable.Â

If that turns out to be accurate, we might get able to tame the most legendary dinosaurs and use them as allies.

However, we have to remember that everything we know now is based mainly on leaks and rumours. So, it’s better to take everything with a pinch of salt.

Upcoming Egg Teasers: What to Expect

While the fresh leaks about dinosaurs are pretty much a big deal, in terms of evidence, that’s not all.

Epic Games hinted recently at some “eggs” on the Island, saying: “don’t want to touch that one yet.” This reference could totally mean we’ll get some dinos in Fortnite. But, then again, we still can’t be sure until we see more. 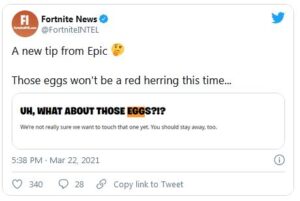 However, based on this season’s theme, the Battle Pass’s Tarana outfit, and now the new leaks, a Jurassic World crossover might be in the cards.