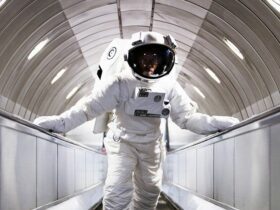 Ah, the joys of PC gaming! The satisfaction of building the perfect rig, with all the bells and whistles, and then having the capability to run the latest and greatest games on maximum settings. But, with great power comes great responsibility…or in this case, great system requirements. It’s like trying to feed a growing teenager – no matter how much you give them, they always seem to want more. And boy, do these games want more!

It’s almost as if they’re trying to one-up each other in terms of how much juice they can suck out of your computer. It’s like playing a twisted game of “Can you top this?” with your hardware. One game comes out and says “I need a beefy processor and a high-end GPU” and the next one says “Hold my beer, I need two of those and 16GB of RAM.” It’s like a never-ending cycle of needing to upgrade your hardware just to keep up with the latest releases.

The system requirements of the upcoming RPG known as ‘Forspoken’ aren’t too far away from the description, unfortunately, or not.

The launch of Square Enix’s Forspoken RPG is less than a week away, and it has some pretty bulky system requirements, as the official Steam page reveals. The recommended system requirements for the Forspoken game include a powerful processor, such as the AMD Ryzen 5 3600 or Intel Core i7-8700K, both clocked at 3.7 GHz or better.

The game also requires a large amount of memory, specifically 24 GB of RAM. For graphics, the game recommends using a high-performance graphics card, such as the AMD Radeon RX 6700 XT with 12GB of VRAM or the NVIDIA GeForce RTX 3070 with 8 GB of VRAM. The game also requires DirectX Version 12 and 150 GB of available storage space.

As for the minimum system requirements, they are indeed significantly lower. It would be enough to have 16GB of RAM and a graphics card such as AMD Radeon RX 5500 XT of 8GB or NVIDIA GeForce GTX 1060 of 6 GB VRAM.