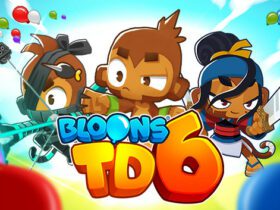 We’re only just a few weeks away from the much-awaited Galaxy Unpacked Event 2021, where Samsung is set to launch the next-gen of foldable phones!

Samsung Galaxy Z Fold 3 and the Galaxy Z Flip 3 will finally make their debut on August 11, and we couldn’t be more excited, considering that the rumor mill has created quite the buzz lately. We’ve also come across many leaks and reports hinting at possible specs and features, so we know what to expect.

However, the recent leaked press renders give us the best glimpse of the Samsung Galaxy Z Fold 3.

The smartphone will come with a similar design as its predecessor, sporting a centrally folding aspect. The leaked press renders also reveal a sleek vertical camera setup that will house three sensors and an LED flash.

You can see below one of the leaked press renders images of the new Samsung Galaxy Z Fold 3:

The front panel will feature a tall display with a somewhat thick bezel on the left and a centrally arranged punch-hole camera cutout for the upfront shooter.

Some sources claimed that there might be other color variants available for Samsung Galaxy Z Fold 3, but we’ll have to wait until the big reveal or new leaks.

Check out another leaked image:

Samsung Galaxy Z Fold 3 Specs and Features: What to Expect

As previously said, many sources and leaks revealed some of the Samsung Galaxy Z Fold 3’s specs and features several times online. Keep in mind that the company didn’t confirm anything, so it’s better to take anything with a pinch of salt.

The Samsung Galaxy Z Fold 3 is said to feature an AMOLED outer panel of 6.2-inch and an inward display of 7.6-inch.

Under the hood, the new phone might get its power from a Qualcomm processor, the Snapdragon 888 SoC paired with 12GB RAM.

A battery of 4,400mAh with fast charging support (still unknown) is said to keep the lights on for several hours.

More details will be available soon, so stay tuned!