There are parts of Earth yet to be discovered, but they are considered one of the most challenging tasks. Massive, mysterious blobs of thick rock hiding underneath our planet’s mantle might bury something intriguing.

Scientists divided those vast structures, and now there are two masses. One is buried under Africa, dubbed LLSVP (large low-shear-velocity province), while the other lies below the Pacific Ocean. Now, a study discusses the possibility of some alien fragments buried deep within our planet.

Exploring the Deepest Parts of Earth: a Challenging Mission in Development

The giant blobs have been existing on our planet for a long time. Some even think that the structures are part of Earth before the immense impact that created the Moon.Â

The masses could be, in fact, some ancient traces of a collision between the hypothetical planet Theia and Earth.Â

Recently, a team of scientists have developed new modelling, reaching an intriguing approach.Â

According to the findings, the LLSVPs might be fragments of Theia’s high dense and iron-rich mantle that fell down into our planet’s mantle. How could such a thing happen?

Scientists explain that the event occurred when the two developing worlds met. So, the fragments could be billions of years old, which is genuinely fantastic.

“We demonstrate that Theia’s mantle may be several per cent intrinsically denser than Earth’s mantle, which enables the Theia mantle materials to sink to the Earth’s lowermost mantle and accumulate into thermochemical piles that may cause the seismically-observed LLSVPs,” explained the team.

Besides the mantle modelling, the new findings support previous approaches, claiming that some chemical signatures linked to the LLSVPs are at least as ancient as the Theia collision.

Now, we’ll have to wait and see how other scientists respond to the recent study. However, as intriguing as it might be, the findings take us closer to the truth. 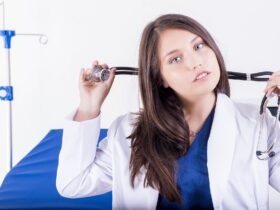 Why Do So Many Nurses Get Burned Out? 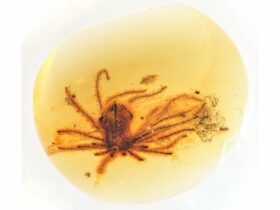 99 Million-Year-Old Flowers Discovered Preserved in Amber Grew at the Feet of Dinosaurs, According to a Study