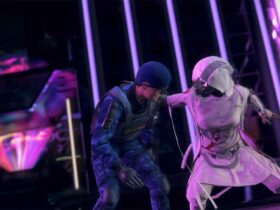 The Dragon Ball franchise has been enormously praised throughout its long history. It all began way back in 1984, when the adventures of a goofy and strong little boy were presented. He was the one who would save the world multiple times. You may have heard about him. His name is Goku.

Five years later, the world saw the debut of Dragon Ball Z, meaning the continuation of the first series. The sequel presents the adventures of Goku when he has become an adult. Goku has the mission to protect the Earth from much more powerful foes, and for the first time, he learns about his true origins as a Saiyan. Dragon Ball Z had brought things to a much more serious level, and the fans have strong reasons to believe that it was the best Dragon Ball series ever. Z didn’t lack extremely tensed moments, unforgettable and unpredictable battles, groundbreaking soundtracks, even emotional scenes, and much more.

Dragon Ball GT came next, having its premiere in 1996. The story began 10 years later after the events in Dragon Ball Z, and it had presented the adventures of Goku and his friends as they were traveling across the entire Milky Way galaxy to look for the dragon balls. The “GT” itself is an abbreviation from “Grand Tour”, suggesting the apparently much more elaborated adventures. This time, Goku became a kid again due to a mistake of the Eternal Dragon. Having a different writer than Dragon Ball Z and the first series, GTT wasn’t received too well by the fans.

At a huge distance of almost two decades, a new series named Dragon Ball Super began to air. It’s 2015, and the new show presented the adventures of Goku and Vegeta as they achieve godly powers. The writers wanted to add all of the best elements from the previous series: the serious vibe from Dragon Ball Z and the humor that characterized the first series. The outcome wasn’t necessarily what all of the fans wanted.

So which Dragon Ball series is better? Surely each of them has its own particularities. Let’s dive in and judge by some of the most important criteria:

In Dragon Ball, Goku is pretty much the same throughout the entire series. He starts as a goofy child but with a strong sense of justice and ends as a goofy teenager with the same morals. However, there are other characters such as Krillin, Yamcha, and Tien, who started as enemies of Goku and ended becoming good friends with him.

Dragon Ball Z presents some radical transformations regarding the development of its characters, including Goku. The hero sees his maturation in the series, and we become as convinced as possible during the Cell Saga. In that arc, Goku accepts that he’s not strong enough to defeat Cell. He has also been training hard with his son Gohan and didn’t mind if Vegeta was stronger for a few hours. Until that point, Goku would have been extremely eager to prove that he’s stronger.

Characters such as Vegeta and Piccolo were much eviler than Tien, Yamcha, and Krillin were in Dragon Ball. But even so, the former still began good guys, and the series carefully presents the motivation behind their transformations.

Vegeta, for instance, is the arrogant Saiyan Prince who was mainly killing and destroying planets under the command of Frieza. Slowly, after Vegeta got married and had kids, he began to develop noble feelings like love and compassion. He was always envious of Goku for being stronger, the one he desperately wanted to kill in his old times, but still, the two saved one another from death several times. That’s amazing character development right there, and the examples could continue!

Dragon Ball Super focuses way too much on Goku and Vegeta, and there’s barely any character development. Goku returns back to his goofy ways from the first series, losing all of his maturity from Z, while Vegeta becomes a way too careful father and husband.

Dragon Ball GT also fails in the character development area, in our view.

Conclusion: Dragon Ball Z clearly takes the cake on this one.

Dragon Ball focuses a lot on martial arts and the journey of Goku becoming stronger and defeating foes in the name of justice. Even Earth-threatening foes appear, and Goku goes through very hard situations to defeat them. The stage started to be set for Dragon Ball Z.

Dragon Ball Z takes things to a new level. Much more powerful foes come to threaten the Earth, and power ups, energy waves, as well as radical transformations such as the Super Saiyan levels seem to replace a significant part of the martial arts. Aliens are involved a lot, and many characters have different motivations in pursuing victory and authority.

Dragon Ball GT tries to go for the same recipe as Z did, while focusing more on powerful transformations and energy waves. Characters seem to become even more powerful than in Z, although they are surely not credible in some situations. However, the show fails in presenting good motivations for the characters in trying to achieve dominance. Plenty of the important characters’ trademarks had been ruined: Vegeta cuts his hair, Goku becomes a kid again, Goten becomes a high school student obsessed with picking up girls, Gohan goes back to his studying, and Piccolo is almost nowhere to be found. That’s no way to treat Dragon Ball characters!

Dragon Ball Super takes things to an unprecedented level, involving deities more than ever before. Gods of Destruction, angels, you name it! They’re all there, and they come down to Earth for Bulma’s delicious foods! The idea is unique and funny, but the story writing barely has any tension in it. The gods are almost always there, which means that the Z warriors are always covered just in case. The fights are good, but the arcs lack the finely developed plots that characterize Z. Not to mention that the power scaling has been ruined!