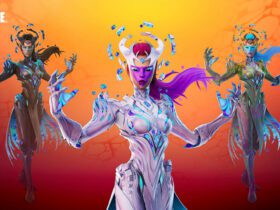 Once again, Nintendo is willing to remind us all about glorious moments in our childhood. Sega Genesis was one of the most popular gaming consoles back in the ’90s. Although it was just a 16-bit console, it was the bee’s knees at that time.

Mega Man The Wily Wars is a compilation of remakes for the first three games in the series that were adapted for the Sega Genesis console. This is an almost three-decade-old title that was developed by Minakuchi Engineering while Capcom published it.

If saving the Earth from cyborgs has always been your dream, now’s your chance to make it come true in Target Earth! As a player, you’ll be controlling Rex and his merciless weapons.

In Zero-Wing, your job is to fly a spaceship and shoot whatever comes your way. Hordes of enemies are coming, so don’t expect your job to be an easy one! The situation might frequently look as if everything is on your side, but the devil is in the details pretty often in this game.

With some beautiful cartoonish graphics for its time, Comix Zone features a protagonist who has his fists as his main arguments. The plot is pretty unique: the protagonist has to find a way out of his own comic book world where he gets trapped.

In the end, you know what they say that the early bird gets the worm, so be sure to grab the offer ASAP!