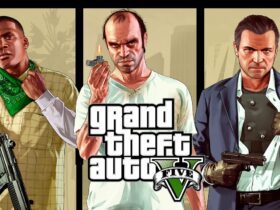 Auroras are natural phenomenons characterized by a display of natural colours like green, yellow, red, or white.

At times, it is also referred to as the polar light that frequently appears in the regions of higher altitudes such as the Arctic and Antarctic.

The aurora borealis fascinated humans since ever.

However, though numerous scientists theorized about how it is created, nobody came with a conclusive explanation.

A recent study from the University of Iowa provided concluded evidence that strong electromagnetic waves result in the most pleasant auroras in times of geomagnetic storms.

The scientists refer to that sight as the Alfven waves. They speed up electrons towards our planet, making the particles develop the light show we know and love.

“Measurements revealed this small population of electrons undergoes ‘resonant acceleration’ by the Alfven wave’s electric field, similar to a surfer catching a wave and being continually accelerated as the surfer moves along with the wave,” said Greg Howes, an associate professor from the Department of Physics and Astronomy of Iowa and the study’s co-author.

The excited molecules relax by emitting visible light, resulting in the fantastic show of the aurora.

In the new study, the physicists ran some simulations and math modelling. They proved that the results of the experiment were on par with the predictions for Landau damping.

Troy Carter, a professor of physics from UCLA and its director of Plasma Science and Technology Institute, stated:

“The agreement of experiment, simulation, and modelling provides the first direct evidence that Alfven waves can produce accelerated electrons, causing the aurora.”