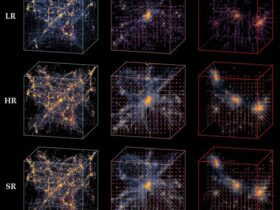 Clash of Clans (CoC) is one of the hottest games of the moment for smartphones and tablets.

Players are constantly on the lookout for ways of making more gems as the game’s action unwraps around them.

Gems are the premium form of in-game currency, which many players are purchasing with real-life cash.

Gems can be quite useful, as they help speed up most timed quests. Also, they allow you to buy various items from the shop, recruit additional builders, plus others.

So there is no doubt that gems are very useful, but what if you don’t want to spend your hard-earned cash on them?

Let’s see how you can obtain gems without spending money!

Getting gems is our goal, but getting them passively without too much involvement on our side is highly convenient.

Gem mines are ideal for doing that. They can be unlocked via the boat at the bottom of the first village.

That boat will bring you to the PvP-first builder camp, where you get to play 1v1 matches and upgrade your units.

You can then remove the items in that area to obtain the free gems, but there is also the Gem Mine, which you have to destroy.

You can then rebuild it and upgrade it to obtain gems over time, speeding up the process and making it more lucrative.

As you progress throughout the game, you will obtain various achievements. They can be unlocked by simply playing the game, but a smart way of doing it is actually analyzing the quests you have to do to get the gems, just to make the process more efficient.

Free gems can be earned by completing missions, unlocking troops, and upgrading your village.

However, don’t forget to open the achievements section and claim them.

Achievements are separated into three tiers each, which translates to extra chances of getting gems.

There are numerous in-game events in Clash of Clans.

Many of them grant you rewards, including gems or magic items, which are useful in many ways.

Make sure that you keep an eye on the active events and make the most out of them.

A big part of Clash of Clans is taking part in clan activities and Clan War Leagues.

If you become good at it and win, you will receive a higher League Medals tally, which can be used to obtain more potions and boons.

There is also the option to sell items, especially if you have too many of them, which will grant you small amounts of gems that add up over time.