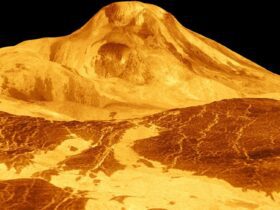 Every month, Niantic adds a new set of Pokemon ranging from common 1-Stars to rare 5-Star Legendaries. Raids are vital if you want to battle and potentially catch some ‘mon.

This September is gearing up to be an excellent month for all Pokemon Go players! The Season of Mischief has kicked in, Hoopa has finally arrived in Pokemon Go, and there’ll be more to explore soon.

Curious to find out everything about the current raid bosses in Pokemon Go?

Niantic has just unveiled the new schedule for this September, and we couldn’t be more excited!

Some great battles await, and the most important are the regional exclusives Mesprit, Azelf, and Uxie in 5-Star Raids.

Here is the full schedule:

Notably, the Season of Mischief has spiced up a bit the Raid schedule. We can also notice some fan-favorites, including Hypno, Gardevoir, Snover, Skuntank, the slightly helpful Magikarp, and Pinsir.

You should also know that the 1-Star and 3-Star Raids will change at random during special events.

The Raid Hours take place every week on Wednesday from 6 PM to 7 PM, to offer all players a better chance at catching the new 5-Star Raid ‘mon! Also, all gyms that feature Raids will turn into 5-Star Raids.

The best part is that you don’t have to worry about time zones because every Raid Hour airs at your local time.

Raid Passes in Pokemon Go: How to Get Them

If you want to participate in a Raid Battle, you need a Raid Pass. Luckily, you can earn one every day by spinning the Photo Disc at any Gym. How great is that?

However, there are also other ways to get a Raid Pass, including buying a Premium Raid Pass from the Shop. As for those who can’t leave their houses, some Remote Raid Passes are available to join any Raid Battle you see on the Nearby screen.