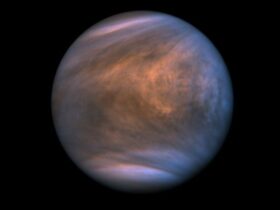 China reached a huge milestone recently thanks to its ambitious Mars mission and rover Zhurong. The country is the first to make an orbiting, landing, and roving operation during its first mission to the Red Planet.

Now, Zhurong offers us the first impressions of Mars via some jaw-dropping photos that you can’t miss out.

Solar panels facing the harsh, cold Martian environment, ramps and rods piercing the atmosphere – China’s rover has finally made it!

Zhurong touched Mars’ ground on Saturday, in the first-ever successful probe landing by any country on its first Martian mission. And now we have photos!

The CNSA (China National Space Administration) recently published the photos shot by cameras attached to Zhurong. The pictures show the rover’s solar panels and the obstacle-avoidance equipment, as well as a look at the Martian ground.

You can see an incredible photo captured by Zhurong below:

“People of the Internet, the Mars images you’ve been longing for are here,” reads the official statement of the Chinese space agency.

CNSA has many plans for Zhurong, including capturing the best shots of Mars and collecting geographical data. The rover is expected to spend approximately three months on our planetary neighbour, which will surely be an intriguing adventure and a risky one.

China has tried its best to catch up with the US and Russia, whose space missions have now decades of experience in space exploration. So far, the CNSA proved what it’s capable of, and we should expect only good things to happen.Â

It launched the first module of its brand-new space station last month, intending to have it crewed by 2022 and finally, sending humans to the Moon.

Until China releases more information about Zhurong’s journey on Mars, we can only hope for the best.