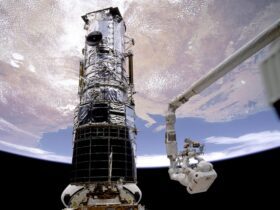 We found out a few months ago that a brand new Mario game is in the works – Mario Strikers: Battle League is its name, and you might have already guessed what’s it all about.

The little Italian plumber, who’s also an icon for the video game industry, will go and play some soccer this time, along with Luigi, Wario, the Mushroom, and his old “friend,” none other than Bowzer! But it won’t be just another football simulation game. Mario and his friends will spice things up a lot, creating the kind of football matches where fouls are not only allowed but recommended!

The “So Much Fun It Hurts” trailer is out, and you can see it below:

We have almost two weeks to wait until the new Mario game comes out, as its release date is set for June 10. However, we hate to disappoint many people, but Mario Strikers: Battle League will be available only for one platform.

Mario Strikers: Battle League will be exclusive to Nintendo Switch

Being available only for the Nintendo Switch console, the upcoming Mario game will allow the player to apply pretty much any kind of unorthodox method to grab the ball from the opponents.

Nintendo’s description couldn’t have put it any better:

Lace up your cleats & prepare to bring the heat in Mario Strikers: Battle League!

Fierce special shots, items, & tackles means there’s no rules except to rule the field! Play with up to 8 players locally & online, and even create your own club when Mario Strikers: Battle League launches on Nintendo Switch June 10th.

It will be interesting to see how the upcoming Mario game will compete in popularity against the games from the FIFA or PES series.

Do you have what it takes to lead Mario to victory?