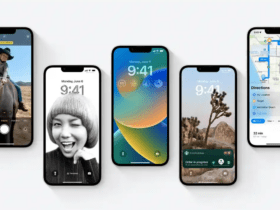 The upcoming Assassin’s Creed title may be more similar to Fortnite and GTA Online than the traditional Assassin’s creed style we’ve got used to.

It is currently codenamed Assassin’s Creed Infinity, and it is a project within Ubisoft to turn the questionable status of the franchise into a live service title, somehow developing a connected game service from their time period and region-specific game franchises.

“Infinity will contain multiple settings with room to expand to others in the months and years following its debut, said the people, who asked not to be identified discussing a project under development. Individual games on the platform might look and feel different, but they will all be connected.”

Since the initial announcement, Ubisoft confirmed that the title exists as “a collaborative, cross-studio structure between Ubisoft Montreal and Ubisoft Quebec.”

The developers have remained otherwise silent regarding the game/games.

Jonathan Dumont and Clint Hocking are the game’s creative directors, which sounds promising given their reputations – Dumont was “world director” of Assassin’s Creed Syndicate, while Hocking was the creative director of Sprinter Cell: Chaos Theory, Watch Dogs: Legion, and Far Cry 2.

One thing is certain – some aspects of the franchise must change.

The service is a massive commitment that will require entire years to materialize.

Currently, Schreier says that it won’t be introduced earlier than 2024.