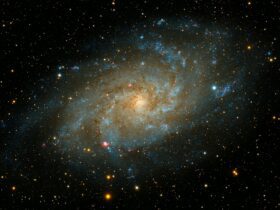 Scientists Find Star Born From The Dawn Of The Universe

Engineers fuelled the SLS (Space Launch System) rocket for a Monday (August 29) launch on NASA’s long-overdue Artemis I test mission. And that’s after months of troubleshooting, tests, and repairs. Unfortunately, the event didn’t go as planned.

Officials were forced to cancel the much-anticipated launch attempt due to bad weather, issues with the cooling of one of the rocket’s main engines, and an apparent hydrogen leak.

Read out below for all the details.

The Moon Can Wait: No Mission For Artemis I

Recent news from NASA came a bit shockingly. It was disappointing for many people, including the engineers and technicians who had worked for months preparing the SLS for launch. But sometimes, things don’t go as smoothly as they should, even for NASA.

Charlie Blackwell-Thompson, the Launch Director, canceled the countdown at roughly 8:40 AM EDT, a few minutes after the two-hour launch window began at 8:33 AM. That happened after too many failed attempts to fix the hydrogen cooling issue. NASA released a statement discussing the event:

The launch of #Artemis I is no longer happening today as teams work through an issue with an engine bleed. Teams will continue to gather data, and we will keep you posted on the timing of the next launch attempt. https://t.co/tQ0lp6Ruhv pic.twitter.com/u6Uiim2mom

With a height of 322 feet, up to 5.7 million pounds when fully fueled, and an initial thrust of 8.8 million pounds (15 % greater than NASA’s Saturn 5 rocket), the SLS rocket is the most potent NASA has ever created. So, what went wrong?

Until late Sunday night (August 28), when offshore storms with rain and lightning crept within approximately of the launch site, breaking the space agency safety regulations, everything went just fine. Still, an issue kicked in.

Sensors found higher-than allowable amounts of hydrogen in a casing around an umbilical. Such a thing helps distribute propellants to the base of the core stage during a transition from slow fill to a quicker one, indicating a leak in the system.

But that was fixed shortly after, and engineers moved on with the next step.

Unfortunately, another problem emerged. Even though engine number 3 initially failed to view the proper flow, NASA stated that three of the engines were being adequately prepared.

More troubleshooting followed, including raising the line’s pressure, but that didn’t work. So, this is what brings us here today: no flight for Artemis I.