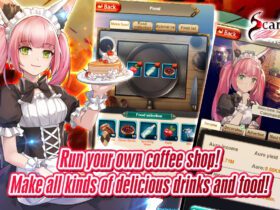 On Monday, Earth will take a leap across the sky that hasn’t been attempted in half a century as it lifts off from its Florida launchpad, completing a vital test phase before humanity’s journey to the lunar surface for the first time since 1972. Launching from the same Cape Canaveral launch complex that hosted the Apollo lunar missions fifty years ago, Artemis 1 will carry the Orion, a six-person deep-space exploration capsule, on top of a 98m (322ft), 2,600-tonne (2,875-ton) Space Launch System (SLS) megarocket. The rocket launch is planned for 8.33am ET.

NASA is eager to show off the progress it has made in its attempts to send people back on the moon, in addition to the magnificent display of fire that is anticipated to bring hundreds of thousands of spectators to Florida’s space coast. Two near fly-bys at a height of 62 miles above the lunar surface are planned for the next test trip on Monday, which has a two-hour launch window and will last 42 days on a 1.3m-mile voyage to 40,000 miles beyond the far side of the moon and back.

Orion is completely unmanned, except for a few dummies that will help NASA test its next-generation protective suits and levels of radiation, and a Snoopy plush toy that will float about the capsule to show when it’s in zero gravity. If the trip is successful, however, the NASA will be one step closer to its objective of landing two astronauts, with the first woman, at the south pole of the moon by the year 2025, while keeping another two in orbit around the moon in a command module.

Artemis II, a second test trip planned for May 2024, will take four people to the moon and back without landing, marking the return of humans to space for the first time since Apollo 17’s December 1972 mission. Nearly 50 years ago, on the same mission, astronauts Harrison Schmitt and Eugene Cernan were the last humans to step foot on the moon.