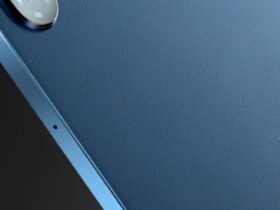 The iPhone 14 is somehow put on hold, while demand for the Pro versions is still high. What should we expect next?

The Future of iPhone 14 Series

Apple launched on September 7 the new iPhone 14 series, including the iPhone 14 and iPhone 14 Plus, along with the Pro models.

The Apple Product Availability Tracker by JP Morgan has begun to see a lower lead time across the board as of its fifth week. The modest shift in timeframes is nonetheless consistent with timelines of earlier generations that the tracker keeps track of.

AppleInsider, however, has learned that the lead times for the iPhone 14 and Plus models are ‘far shorter compared to the previous year.’ What does this mean?

Additionally, model times have leveled off following a spike a week ago, which analysts believe to be a sign of stable demand as the device hits shops.

As opposed to their non-Pro equivalents, Pro and Pro Max timeframes are consistently 32 and 39 days, respectively, and are less widely accessible by retailers.

On the hand, in China, the situation is different. The wait times for the Pro model are reasonable compared to the global average, at about 32 days. And compared to the 15-day lead time for the iPhone 13, the standard iPhone 14 is 1 day away from release, while the Plus is 4 days away.

Finally, there’s a report regarding even the Apple Watch Ultra. The smartwatch is moderating somewhat to 22 days from 26 days elsewhere in Apple’s empire, while the Apple Watch Series 8 is holding steady at 16 days, according to the Wearables Tracker.

The wait time for the Apple Watch SE increased from 6 to 12 days.